Phony politicians love to pander to their ignorant base of voters who believe their tomfoolery. I know some people who are new to this site who just read the previous post criticizing liberal feminism is thinking I’m some staunch conservative. Ha! Good one. If you read the old content, you’ll know that I know both conservatives and liberals are full of shit. Truth is, we as Black people, have no political friends.

Republican Sen. Tommy Tuberville recently asserted that Democrats support reparations for the descendants of enslaved people because “they think the people that do crime are owed that.” Then he said that’s “bullshit” – to use his word. He cursed y’all. I thought only trendy, hip, liberal politicians used curse words to appear relatable, progressive, and Hollywood. Now we have “religious,” traditional, and holier-than-thou conservatives using cussing words. Ol’ Sen. Tommy must be really trying to emphasize his convoluted point to his base of toothless meth heads yelling “that’s rot!” (redneck/hillbilly for the word “right”)

It’s Black people who are asking for reparations. So this racist prick was basically saying that all, the majority, or the prototypical Black person is some wayward criminal. Ain’t that some ish.

Now of course it’s no point in arguing against this nonsense. We know the majority and prototypical Black person is a law-abiding citizen. Yes there is crime in small segments of Black America. But that’s only a small percentage. You also have crimes in White communities- in middle America especially that gets under reported. There’s crime in other ethnic group communities as well.

I’m talking about unorganized crime in the present time. If we’re talking about organized crime from past eras, then there are a certain percentage of Whites- not all, calm the hell down- who committed crimes against humanity. It’s called slavery and Jim Crow legalized and systematically organized lynchings of Blacks. This is the very reason the so-called Black criminals are demanding reparations in the first place. The demand is because of what past lineage of actual criminals did to their ancestors.

Somebody needs to tell Sen. Tommy Tuberville that the real criminals were the racist mobs that bombed Black Wallstreet in Tulsa, Oklahoma in 1921, killing over 300 people, and causing 1,200 homes and 191 Black owned businesses to burn down. The real criminals were the racists who led the Colfax, Louisiana massacre of 1873, the Wilmington, NC massacre of 1898, the Atlanta massacre of 1906, the Elaine, Arkansas massacre of 1919, the Rosewood massacre, and many more. These were all Black communities that were decimated due to racial hatred. The perpetrators of these heinous acts are the criminals. Not the Black descendants of those victims of abuse and bondage.

Criminals make people work for free in the form of slavery. Then the criminals who run America receive a 1500% return on their investment while not having to pay taxes or wages and employee benefits to their slaves. Now approximately 87% of the nation’s wealth is frozen within the wealthy White elite’s hands and passed down from one generation to the next through stocks, bonds, land, businesses, trust accounts, endowments, foundations, and insurance policies. The ancestors of the recipients of these are the actual criminals.

I’m pretty sure the lil homey, Tommy is aware of this. His attitude is “if I say some bullshit with passion, regular, ignorant, and even moronic people will believe me and subscribe to my nonsense just because of my position as a politician.” He didn’t say that, but my base-level psychic abilities tells me this is what his corrupt ass was thinking as he made the statement.

It’s criminal of Tommy Tuberville to gaslight the descendants of slave victims and racial discrimination and criminal terrorism victims as the actual criminals.

It’s also criminal that the powers that be killed Dr. Martin Luther King and Malcolm X when they were trying to organize and uplift Black people from victimhood status. They also split up the Black Panthers. That’s criminal. After the criminals finished them off, they replaced the real Black leaders with puppet, phantom-pretend leadership. During the Jim Crow days, racist mobs chased Blacks from the south to the north. Criminal racists then redlined northern Blacks to the inner cities, then took the factory jobs out of there, split up the Black family with Welfare and using feminist male vs. female culture. Then the coup de grace was when criminal powers that be placed heroine in the Black communities in the 1970s, and crack cocaine in the 1980s, and did mass lockups in the 1990s.

That small percentage of Black criminality was orchestrated and instigated by the White-owned criminal system. So now little Tommy wants to gaslight and say all Blacks are criminals off the strength of a small percentage that his corrupt, elite, racist cronies help instigate. Gtfoh.

Remember guys. I don’t F with conservative clowns either. They’re all Satan in the flesh. This isn’t an anti-liberal, conservative blog, nor is this an anti-conservative, liberal blog. This is an anti-racist, anti-injustice, anti-evil, anti-Sambo, anti-innocent ignorance and stupidity, and pro-justice, pro-righteous blog.

Stay tuned for more content in the future. Yall stay up and stay blessed. 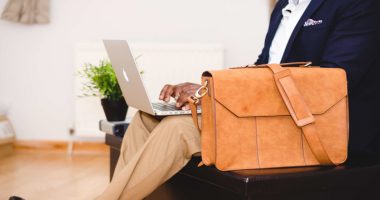 I see Black people were very excited to have another savior from the Democratic party. 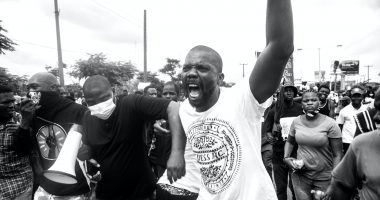 In previous blogs, I constantly called out the feigned idiocy and sometimes sincere idiocy of conservative pundits, both white, and knee-grow bootlicker as they naively weigh in on police brutality and so called Black-on-Black crime. 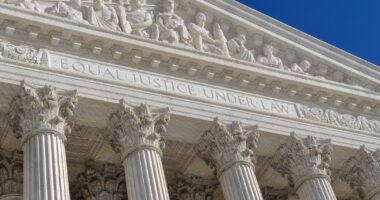 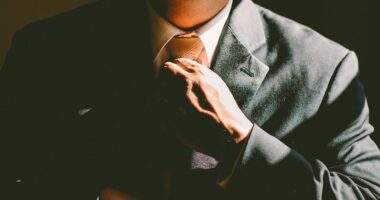 I criticized conservative and Republican propaganda on a few blogs. Then I…